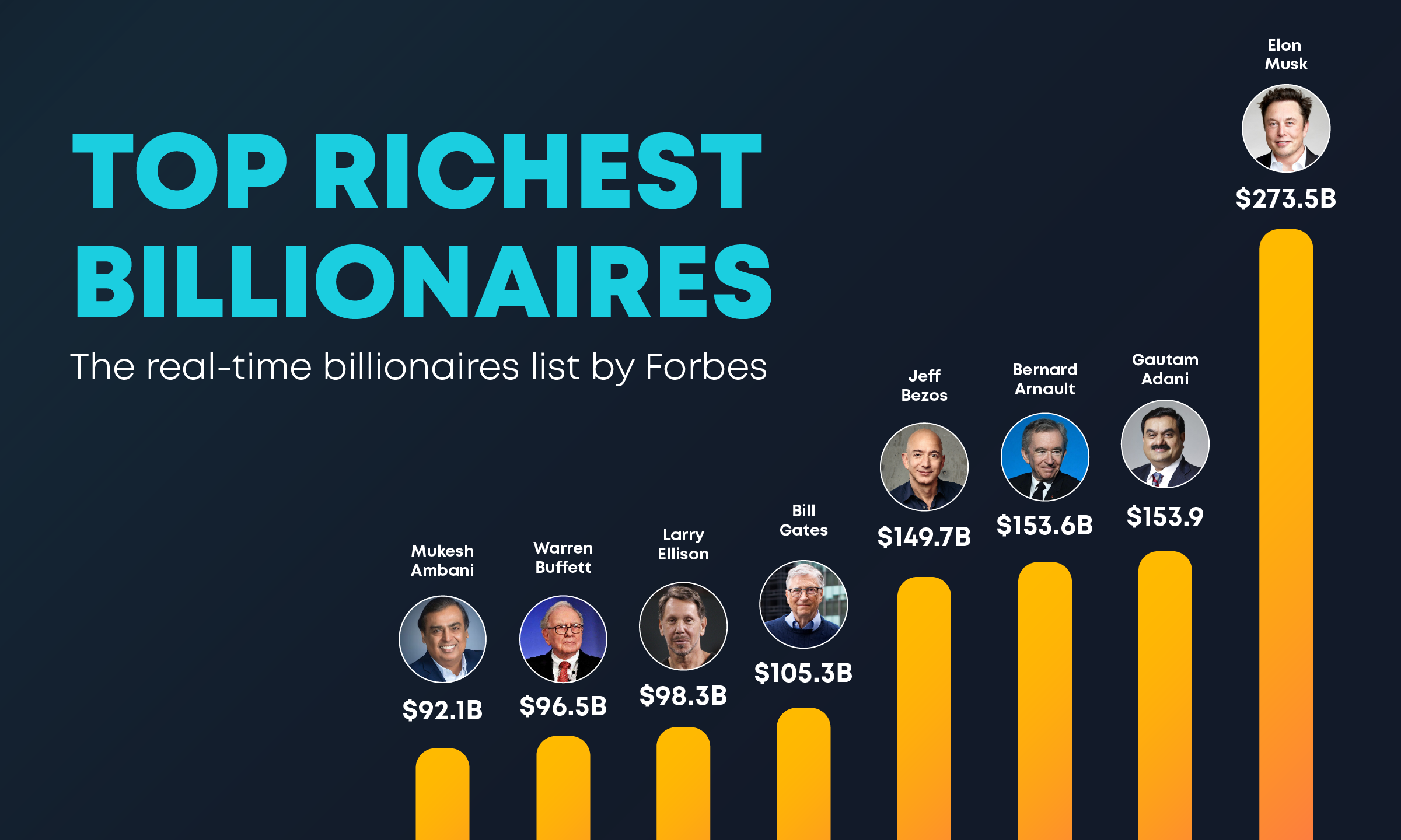 In regard of this the collective world riches reduced from $12.7 trillion 👀 to $400 billion less according with 2021.

◽️Elon Musk is the richest man in the world with over $273,5 billion.

◽️Gautam Adani is the second richest man after Elon Musk. Adani Group is an Indian multinational conglomerate, headquartered in Ahmedabad.

◽️Bernard Arnault is considered the third richest man, who oversees the LVMH empire of some 70 brands, including Louis Vuitton and Sephora. His fortune is $153.6 billion.

◽️Jeff Bezos is founder of e-commerce giant #Amazon. His riches include $149.7billion.

◽️Bill Gates turned his fortune from software firm #Microsoft into diversified holdings including investments zero-carbon energy. Bill Gates riches include in it $105.3 billion.

◽️Larry Ellison is chairman, chief technology officer and cofounder of software giant #Oracle, of which he owns about 35% which is $98.3 billion.

◽️Known as the "Oracle of Omaha," Warren Buffett is one of the most successful investors of all time. His riches include $96.5 billion.

◽️Mukesh Ambani chairs and runs $92.1 billion (revenue) Reliance Industries, which has interests in petrochemicals, oil and gas, telecom and retail.

Do you think it’s a good idea to invest in any of their companies, if so, which one(s) do you like?